The wind yesterday was insane.
All bloody day
This morning is lovely though
Wind will be back later

Sunset was a cracker last night! Managed to find a spot away from the wind (In the Canning River) to get a shot of the sky at dusk. 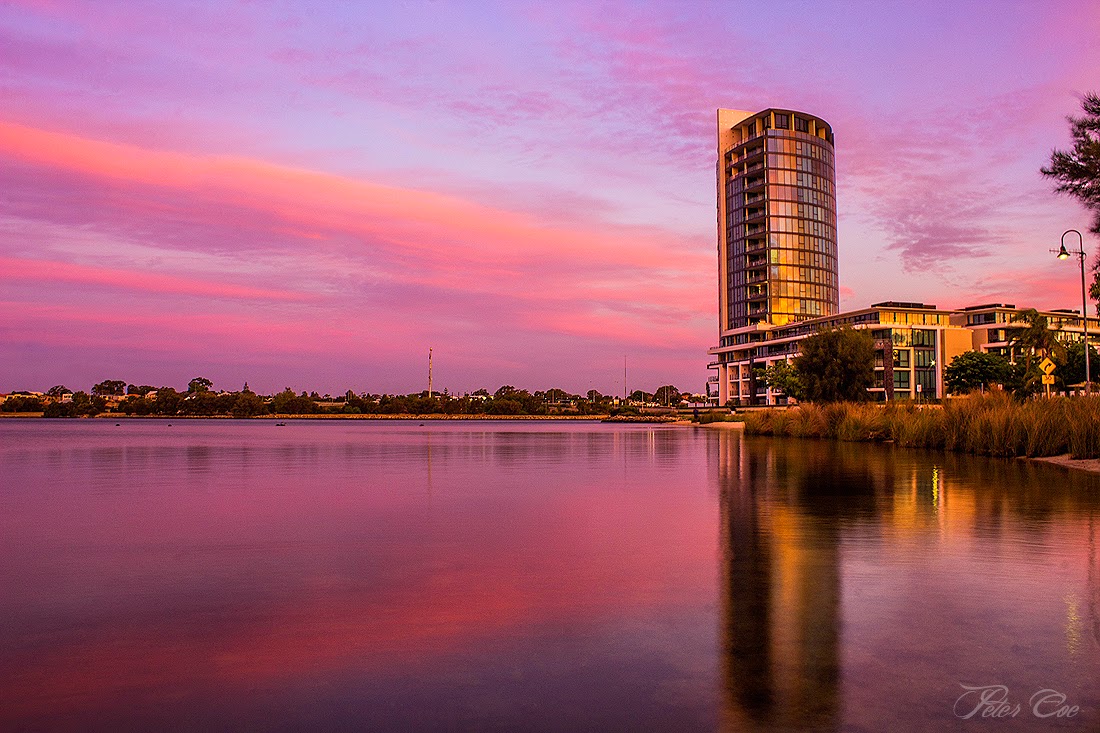 A huge relief for locals. Now they can start to love mould
SW WA Lightning

A bit of convection in the Kimberley and becoming persistent. Though the MJO might put the brakes on the convective activity for a bit.

Looks like a nice forecast for Christmas day. Warm, but not too hot. Pleasant day for some nice ale!

But slim chance of thunderies about northern suburbs? Be nice to get a storm on Christmas day... been many years.
People argue, Nature acts.
Top

About today, they've extended the possibility of thunderies to the whole metro area in the last forecast. I shall keep an eye to the north...
Top

Probably just covering their backsides with that forecast... just in case. But the typical summer pattern is for storms to build up to the east and continue to move that way. But having said that... all rumbles welcome here!
People argue, Nature acts.
Top

Interesting post on Reddit recently about Fallstreak holes:
From Wikepedia:
"Such holes are formed when the water temperature in the clouds is below freezing but the water has not frozen yet due to the lack of ice nucleation particles (see supercooled water). When ice crystals do form it will set off a domino effect, due to the Bergeron process, causing the water droplets around the crystals to evaporate: this leaves a large, often circular, hole in the cloud."

I seem to recall someone posting a pic on here recently that was very similar to this? Just wondering if it was the same sort of phenomena?

Yes it was the same thing.
That day (in WA) there were a number places they happened.
Wiki doesn't cover all the situations leading to these occurring.

A fallstreak hole (also known as a "hole punch cloud") is a large circular or elliptical gap that can appear in cirrocumulus or altocumulus clouds.

How do they form?

High to mid level clouds, such as altocumulus, are often composed of tiny water droplets that are much colder than freezing, but have yet to freeze. These "supercooled" water droplets need a "reason" to freeze, which usually comes in the form of ice crystals. Planes passing through the cloud layer can bring these ice crystals.

Once the ice crystals are introduced, the water droplet quickly freeze, grow and start to fall. A hole is left behind, which will start to expand outward as neighboring droplets start to freeze.

chartphred wrote:Probably just covering their backsides with that forecast... just in case. But the typical summer pattern is for storms to build up to the east and continue to move that way. But having said that... all rumbles welcome here!

It came close-ish
Some alto cu developed to the North of Metro and North into storms near Lanno which tracked east.
SW WA Lightning

Users browsing this forum: No registered users and 12 guests